Asda Impresses as it Plays Catch-up in Loyalty

The loyalty scene in the British food retail sector continues to evolve at pace, with some big changes happening in 2021....

The loyalty scene in the British food retail sector continues to evolve at pace, with some big changes happening in 2021 as the major players seek to better compete in an intensely cutthroat market. Tesco has strengthened its Clubcard Prices initiative; Sainsbury’s has followed suit via its Nectar Prices endeavour; Morrisons has relaunched its loyalty scheme as My Morrisons; M&S has rejuvenated its Sparks card; Iceland has launched Bonus Card prices; and Lidl has introduced its Lidl Plus app.

The latest to join the fray is Asda, the retailer that has traditionally shunned loyalty as it ran counter to its Everyday Low Price (EDLP) strategy. Former parent company Walmart never countenanced loyalty schemes, seeing them as expensive and complex fripperies that distracted it from delivering price leadership. Indeed, in other markets like Brazil, one of the first things that Walmart did after acquiring chains was to discontinue their loyalty cards as part of a broader EDLP repositioning.

Asda has previously had a couple of loyalty trials many years ago but the recent expansion of its Asda Rewards pilot from colleagues to customers in 16 stores is likely to be a precursor to a full roll-out in 2022. Now free of its Bentonville shackles (Walmart now only has a minority stake in Asda following its sale to TDR and the Issa brothers), Asda is now freer to address the market in a more nimble and innovative way and loyalty has been a missed opportunity for a long time.

The EDLP approach, while it has some merit, has become nullified by the growth of Aldi and Lidl. An alternative way to interpret Asda’s claim to be the cheapest supermarket in a market with Aldi and Lidl in it is as a claim of being the third-cheapest in the market – not really the most compelling message.

The absence of a loyalty scheme has meant that Asda has been missing out on some big opportunities. While it has been able to generate some data and insights from regular sources like transactions, panels, focus groups and so on, it has not been able to assemble (or monetise) the rich granular data that Tesco and Sainsbury’s generate through Clubcard and Nectar respectively.

On the back of this, it has also missed out on a lucrative revenue stream: large suppliers switching marketing spend away from mass advertising towards more relevant communications via loyalty schemes. With a sophisticated digital loyalty scheme now amongst its arsenal, Asda will be in a position to receive funding from major grocery suppliers looking to communicate with Asda shoppers in a more targeted, nuanced and relevant way.

Perhaps the biggest miss has been Asda’s inability to capitalise on the most important aspect of any loyalty venture – saying thank you to its best customers and offering them meaningful rewards.

In terms of rewards, the Asda scheme looks set to be among the more generous on the market, a strong attribute given the scheme’s strapline of ‘Pounds, Not Points.’ For example, for completing four shopping trips of at least £20, shoppers will receive £5 in their ‘cashpot’, equivalent to a rebate of 6.25%. For spending £15 on pet products, shoppers receive £3, a rebate of 20%. By way of contrast, the rebate from Tesco’s Clubcard is roughly equivalent to 1%. 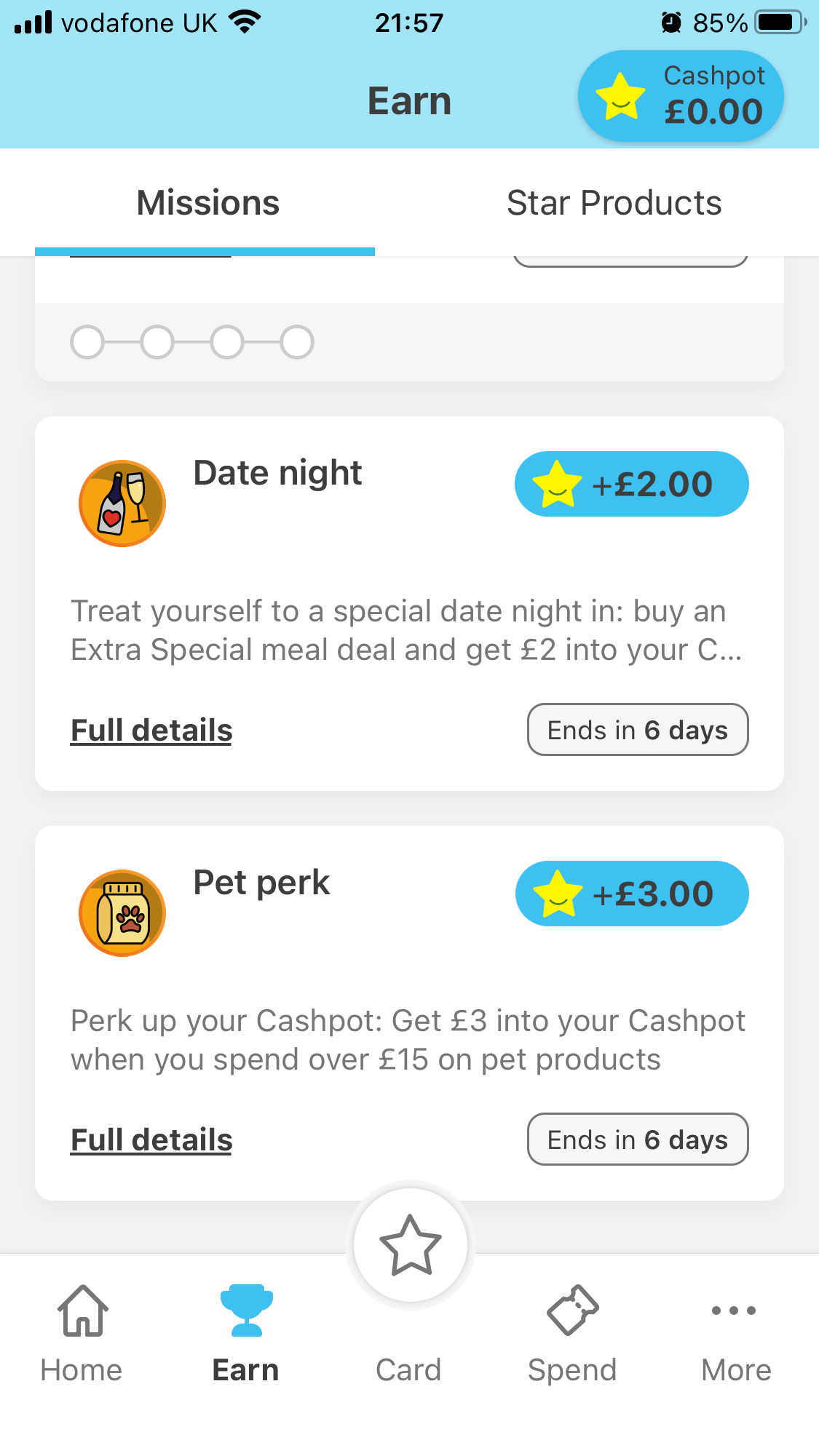 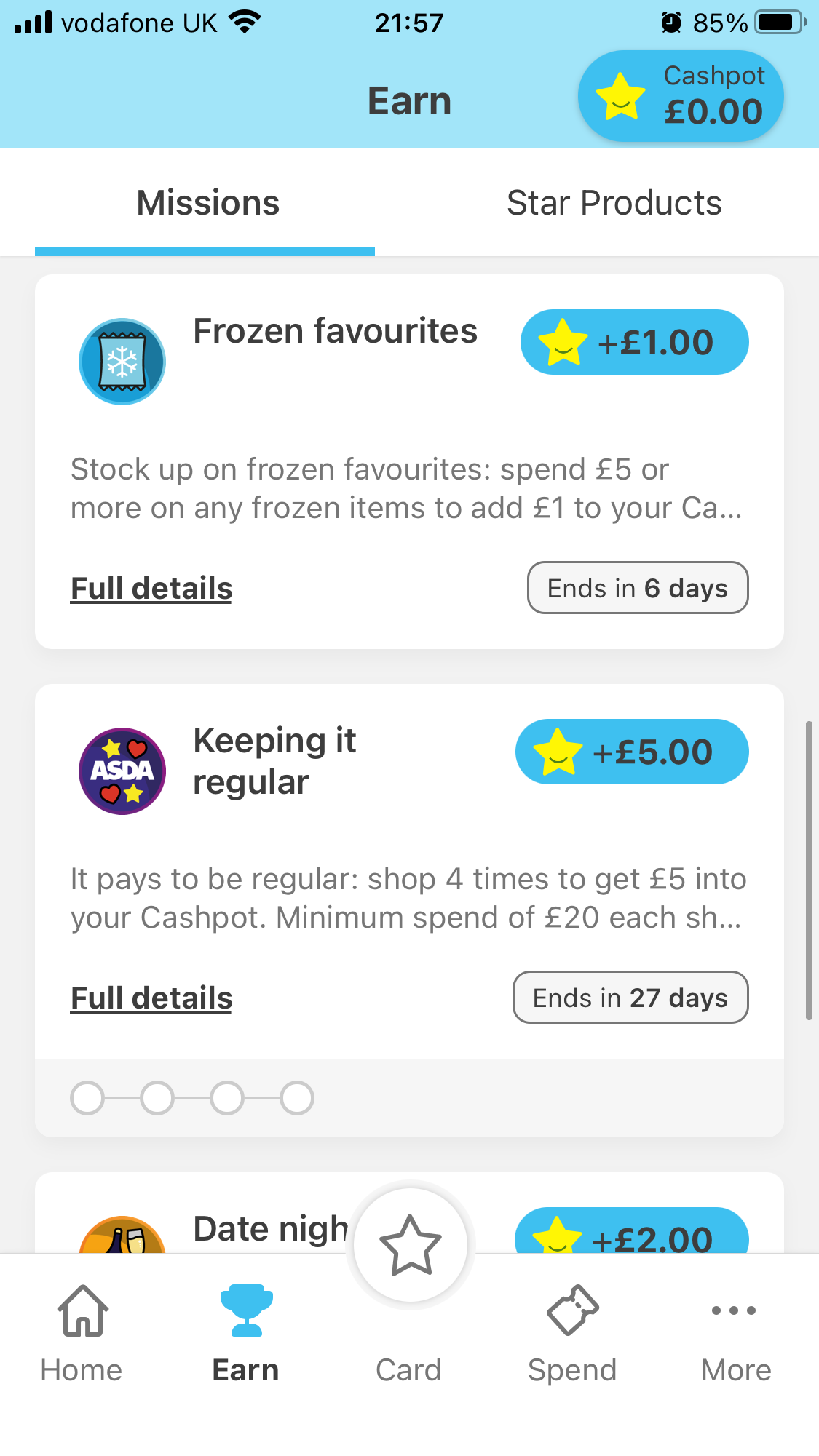 Another nice touch is that a lot of the earning ‘missions’ are based on shopper missions (like buying lunch) or on consumption occasions (such as ‘date night’), making the scheme a little more interesting and relatable than a more vanilla scheme offering blanket points on all purchases. This aspect also enables Asda to create some interest in under-shopped categories like frozen and put some impetus behind key seasonal activations like Halloween and Christmas.

The scheme is further enlivened by the inclusion of ‘Star Products’, individual items that provide extra rewards when they are purchased. From Asda’s perspective, this generates some welcome supplier investment and also providers a mechanism that will enable suppliers of high fat, salt and sugar (HFSS) products to initiate loyalty-based promotions when the regulations forbidding HFSS volume promotions come into force in a year’s time. 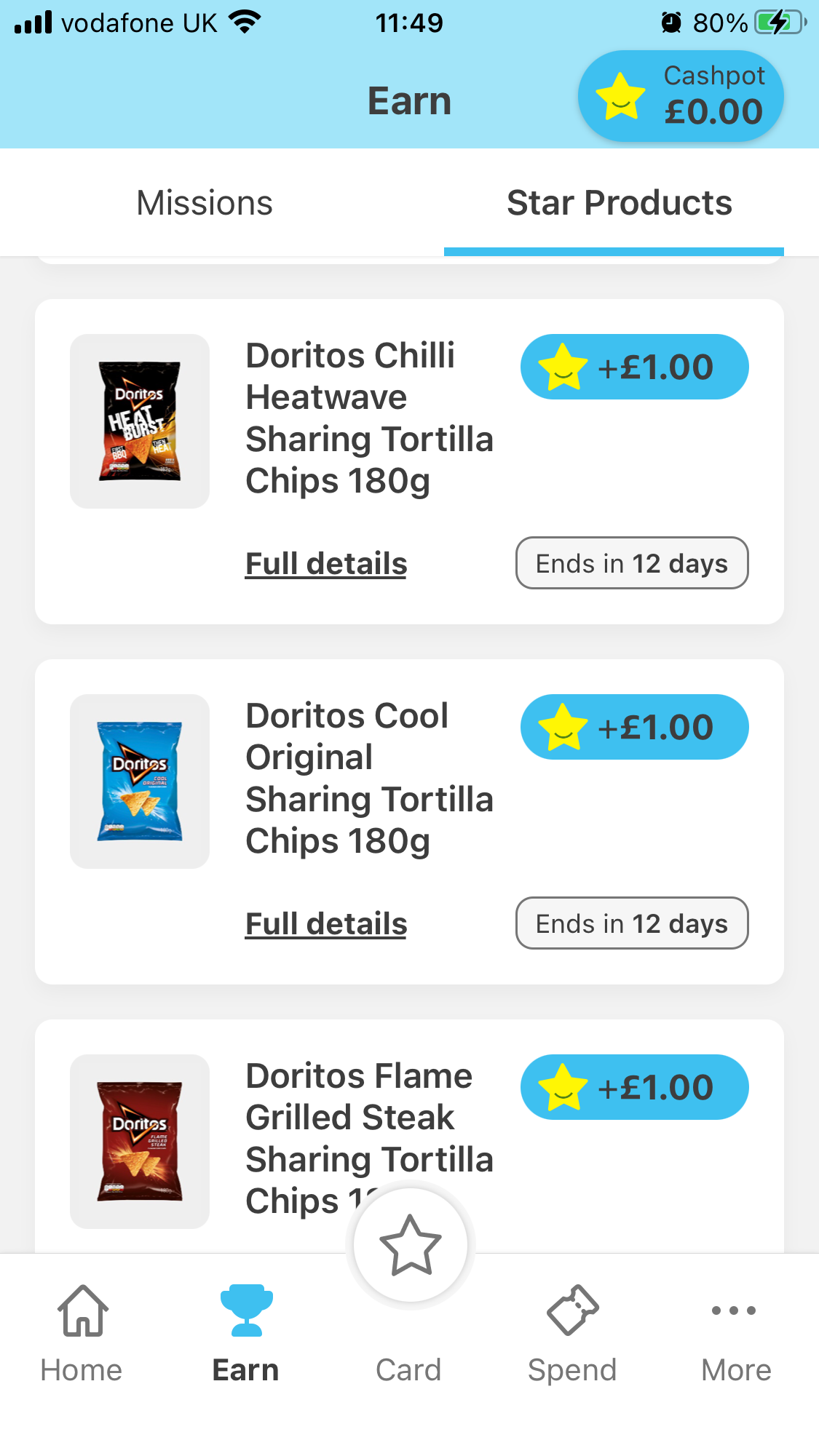 The Asda Rewards app allows shoppers to view the accumulation of their cashpot which can be transformed into vouchers redeemable against a future shopping trip. This sense of accumulation is a key component of most successful loyalty schemes and it is heartening to see it in play here. Another pleasing aspect is that Asda is planning to reward shoppers for buying fruit and vegetables or more environmentally friendly items, bolstering the retailer’s credentials in healthy eating and sustainability and rewarding customers for making smarter choices. 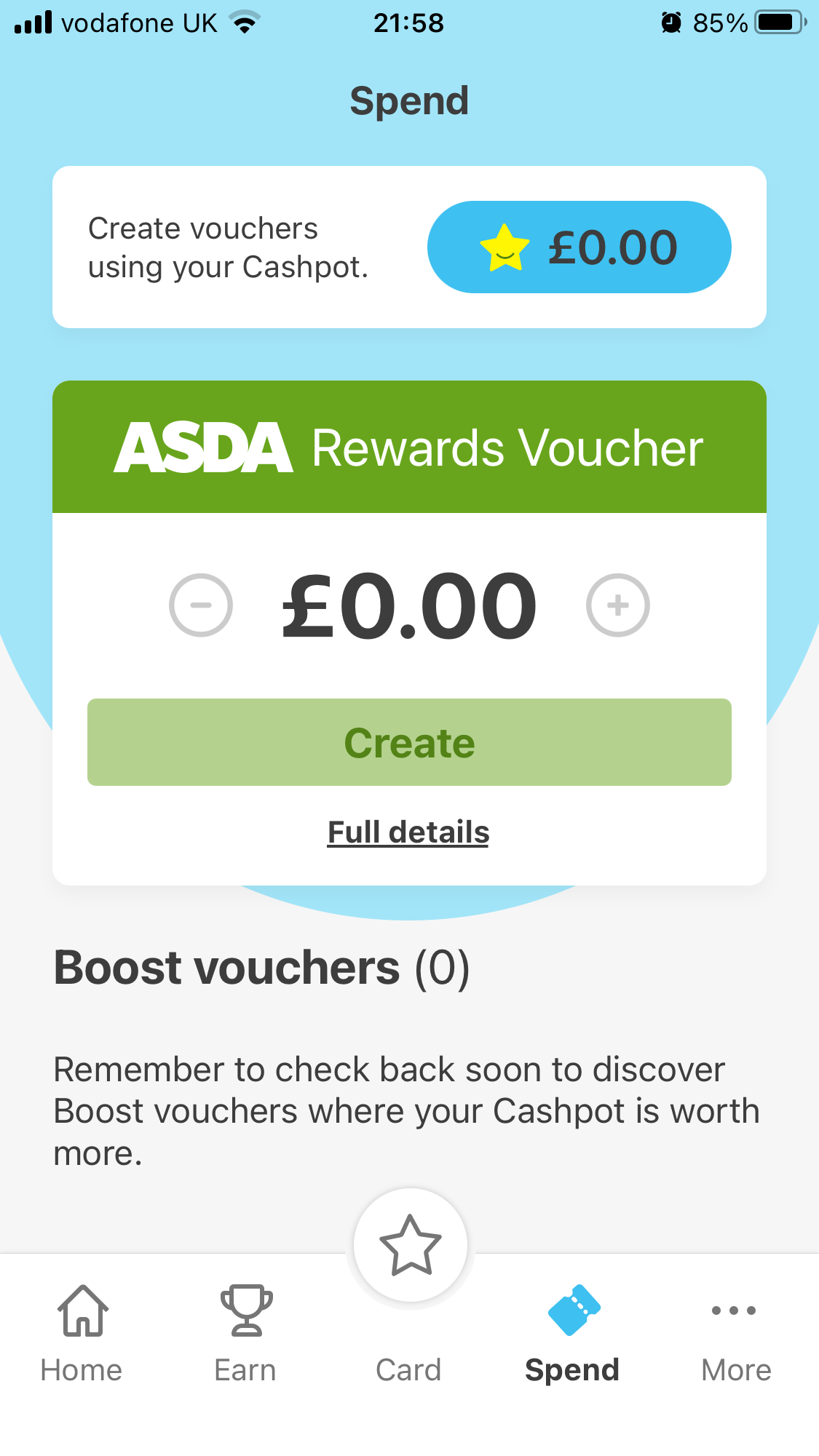 One facet that might be missing from the scheme is a sense of gamification. Here at TCC, we have worked with retailers to encourage app downloads, participation and store visits through the deployment of Gametation, our system that changes shopper behaviour via supplier-funded prizes. This can help overcome shopper reticence about downloading the app and can also be used to further galvanise footfall during key seasonal events.

The generosity of the Asda Rewards app, together with its great functionality and the accomplished instore activation of Star Products, could herald a strengthening of Asda’s performance in the market. For competing retailers, it will mean that existing loyalty activities might require some reinforcement in 2022. TCC has a long and successful track record of helping retailers supercharge their loyalty ecosystems – get in touch and we can show you how!