It wouldn’t to be too harsh to suggest that one of the most long-awaited phenomena in UK retailing is the revival of Marks & Spencer. 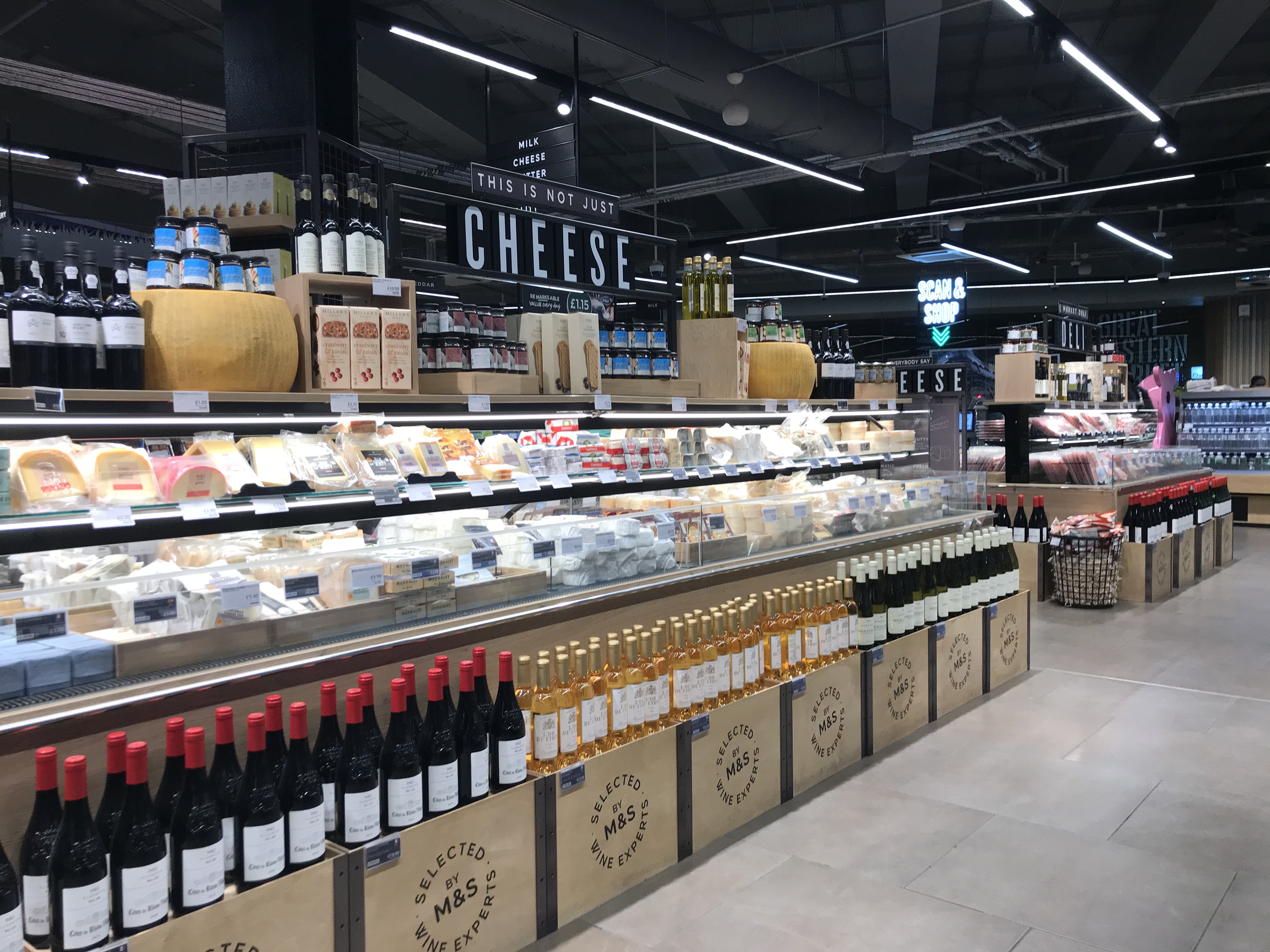 Following many years in the doldrums since its 1990s heyday, the retailer has tried many different approaches to rejuvenate its core fashion business. Despite these efforts, and something of a revolving boardroom door in the process, the womenswear performance has hitherto remained an underperformer comparted to many physical and online competitors. In the background, the food side of the business has ticked along nicely in general terms and some initial problems with the website and fulfilment have historically acted as something of a brake on e-commerce aspirations. So, what has changed and is working?

It wouldn’t generate much argument to suggest that M&S has finally turned the corner. Its ranges and merchandising in womenswear are much improved, thanks in part to the introduction of third-party brands such as Hobbs, Phase Eight, White Stuff and Seasalt, and the elevated treatment that in-house brands like Per Una, Goodmove and Autograph have received has been just as impressive.

The net result is much more of a department store look and feel and, given that Debenhams has closed its physical stores, there might be room in the market for this new M&S approach. Visual merchandising has been much improved across the fashion and health & beauty departments, with changes to fixtures and lighting giving the range a bit of room to breathe.

The retailer’s online proposition has advanced exponentially too, thanks to significant upgrade in systems and fulfilment, but again thanks also to the inclusion of external brands as mentioned above, but with the addition of many others like online womenswear brand Sosandar. 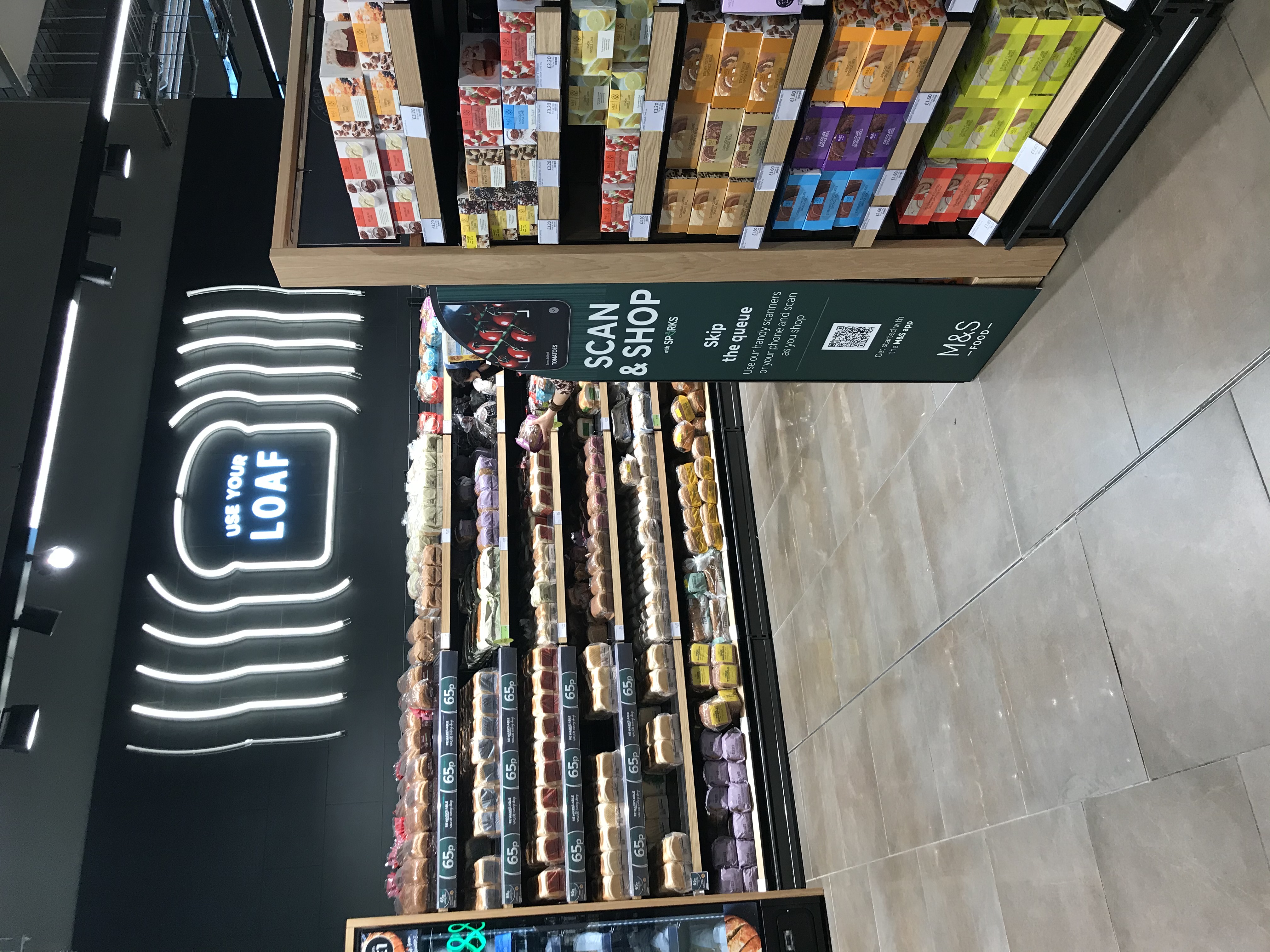 Progress has also been seen in various marketing initiatives. The Sparks loyalty scheme has been relaunched (while retaining its key charitable component); we liked the use of AR in stores, with shoppers able to bring the iconic Percy Pig to life; the launch of the engaging ‘Farm to Foodhall’ children’s book was a nice touch; and the impactful sponsorship of the ‘Cooking With the Stars’ TV show was backed up with some effective instore activation. 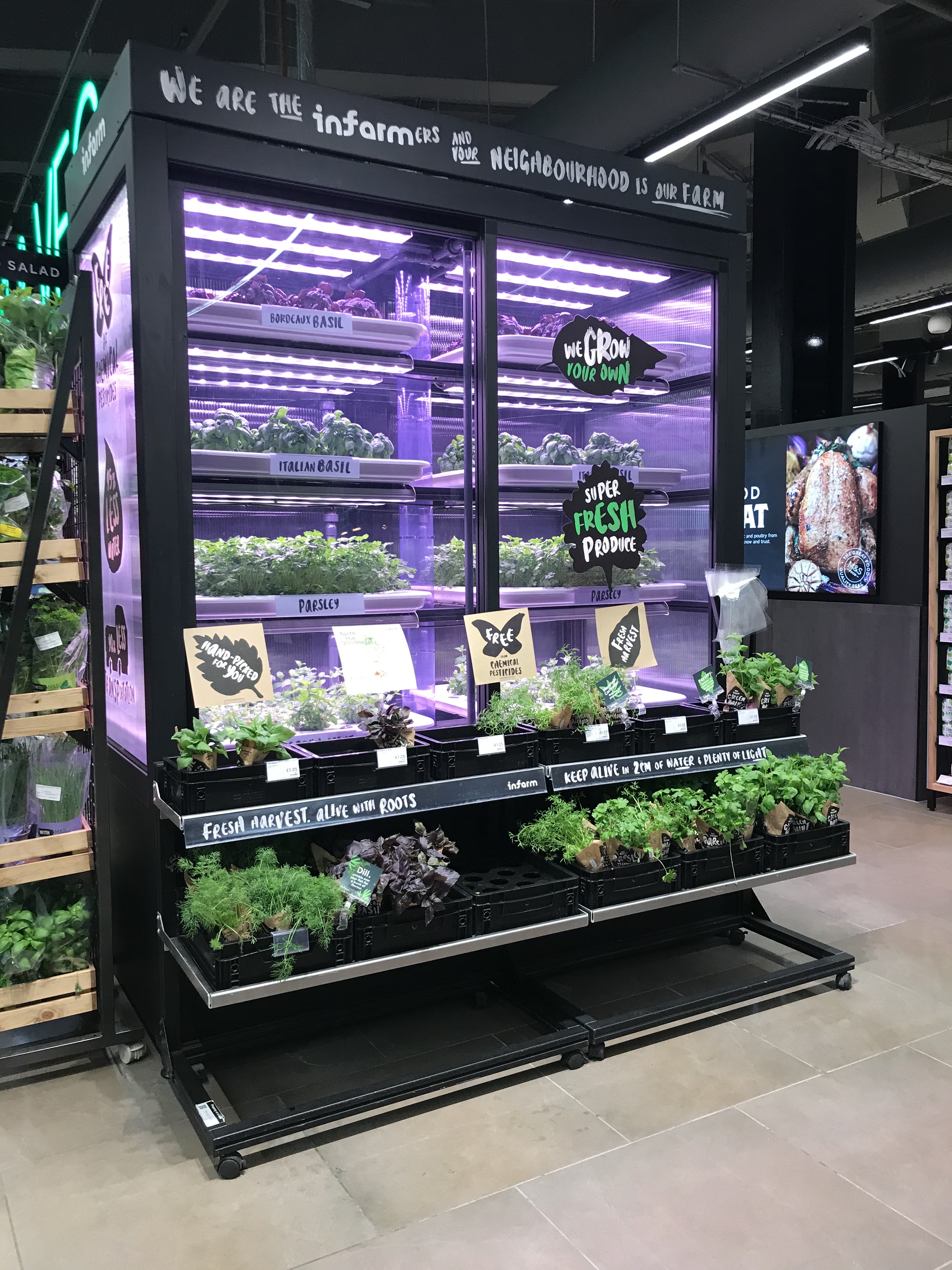 “The soul of a fresh food market”

This brings us to one of the best aspects of the M&S renaissance – the momentum in the food division. There’s a fair bit going on in M&S Food at the moment: an emphasis on innovation in M&S food ranges; the roll-out of food renewal store concepts; the success of the Ocado transition; and (slightly under the radar) a supply deal with forecourt specialist MFG in its BP-branded locations.

We’ve been lucky enough to have visited a few M&S renewal stores over the last year or two, including Hempstead Valley, Hedge End, Clapham Junction and Stratford, and it becomes clear that M&S is creating the some of the best supermarkets in the UK at the moment, not just in terms of appearance, but also range and experience too.

The mission was to create ‘larger stores with the efficiency of a supermarket and the ‘soul’ of a fresh food market’ and our judgement would be an unqualified ‘mission accomplished’. At a time when several competitors seem to have embarked on a race to the middle, it is heartening to see M&S heading in the opposite direction. The key question to ask of any shop is ‘is it worth crossing the road for?’ and the answer with the M&S renewal concept is a definite yes. 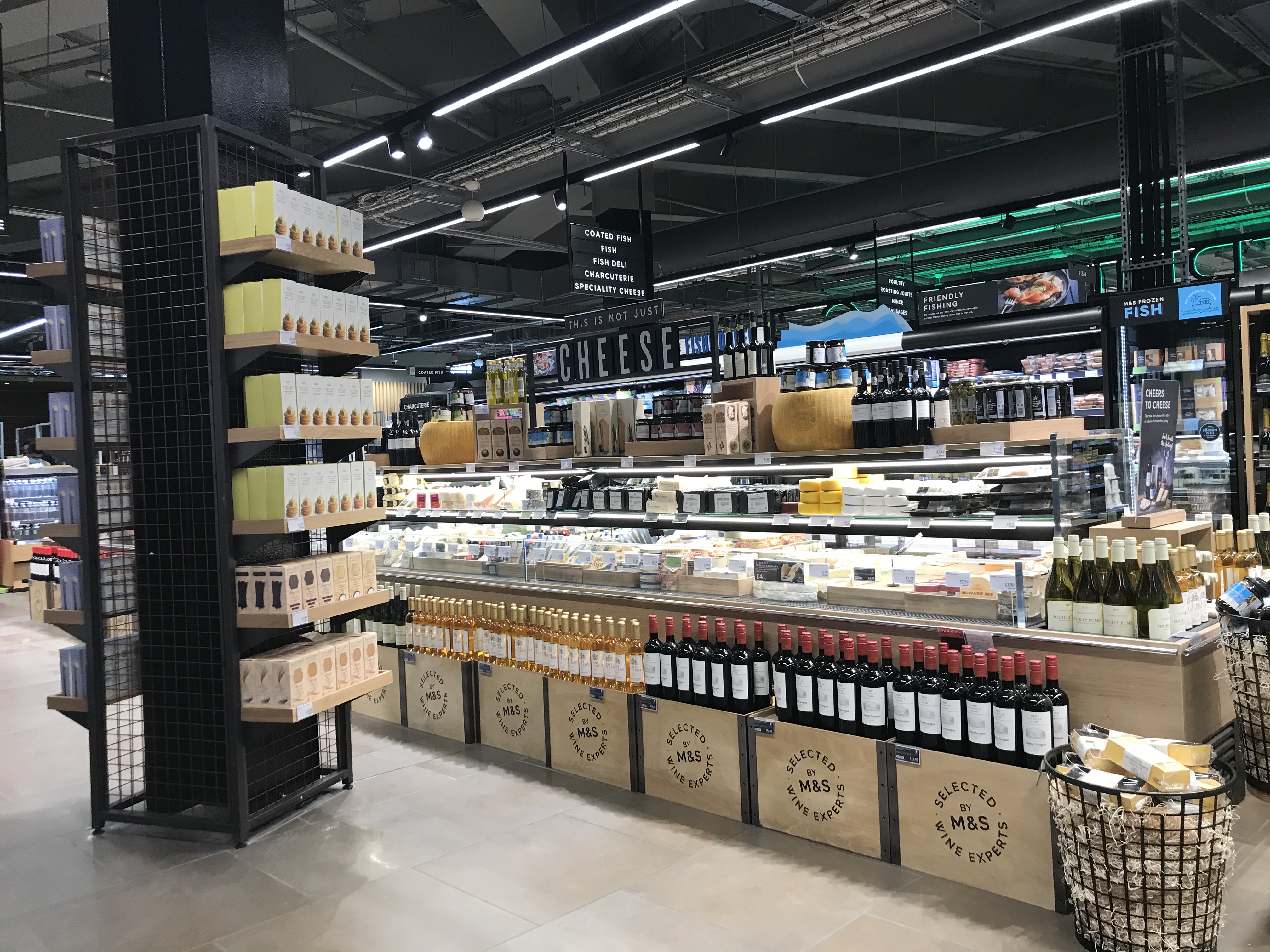 Our most recent visit was to the store in Stratford. The increased space, and enhanced treatment given to categories like produce, bakery, grocery, and frozen works really well and the décor, lighting, fixtures, signage and graphics are a total joy throughout. Produce is an excellent affair and the expanded selection of loose items both looks great and really chimes with the move towards less packaging. Bakery is good stuff and, in chilled, steak, fish and cheese really stood out thanks to some fine signage and merchandising. 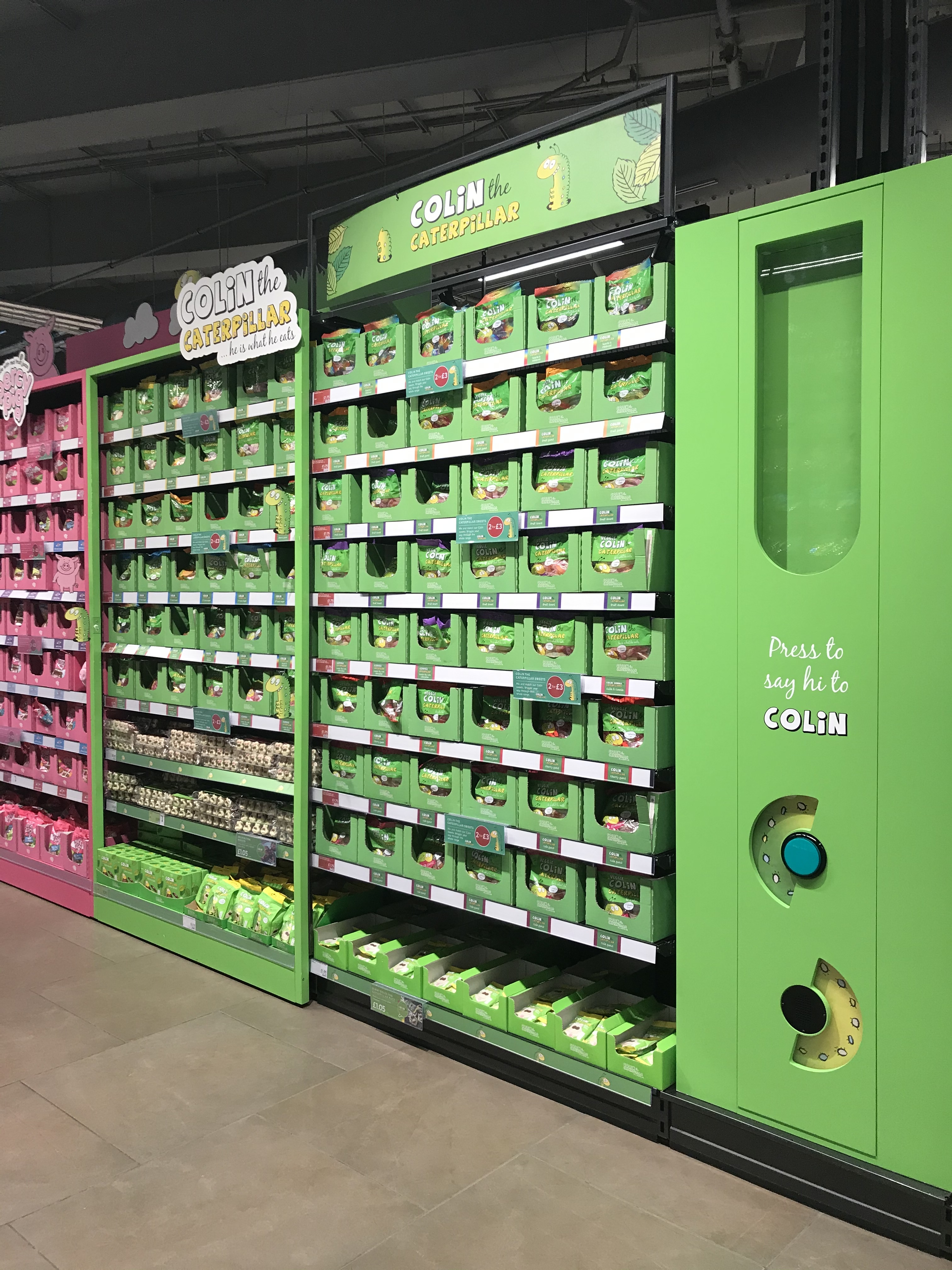 There were some other obvious highlights, such as the unpackaged food section, the coffee grinding facility, the clucking egg fixture, beers, wines, and spirits, the Infarm salad and herb growing unit and the aisle devoted to Percy Pig and Colin Caterpillar (complete with an animated Colin).

What could be humdrum departments like pet food or canned groceries are also executed really well. When many grocery retailers start rolling out new concepts, they often blow all the money and ambition on fresh and run out of steam for the rest of the shop. Not so here. 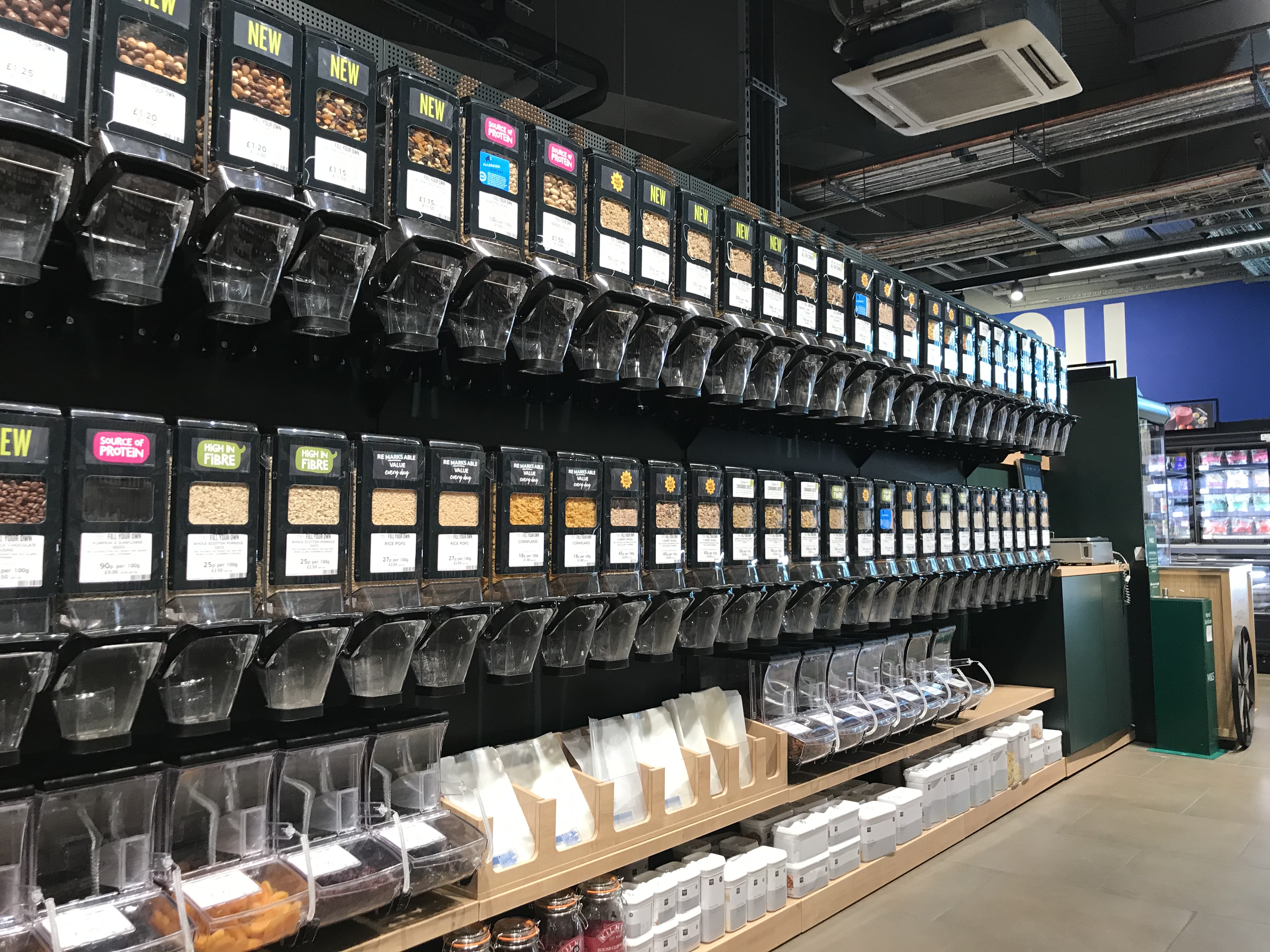 There is obviously scope to roll this sort of concept, or aspects of it, to the rest of the M&S network. The differentiation that this will provide M&S will be invaluable and will only contribute further to the broader M&S resurgence.

There is arguably still scope to improve the Sparks loyalty proposition, perhaps in a way that builds on the improvements in its food proposition and perhaps also on the ‘Farm to Foodhall’ merchandise that it has deployed instore recently. The retailer’s previous loyalty campaigns have focused on collectibles for kids and there could be scope to expand these into the ‘Farm to Foodhall’ narrative or even look at cooking- or dining-related rewards for adults, helping to reinforce the retailer’s great reputation and heritage as a quality food retailer.