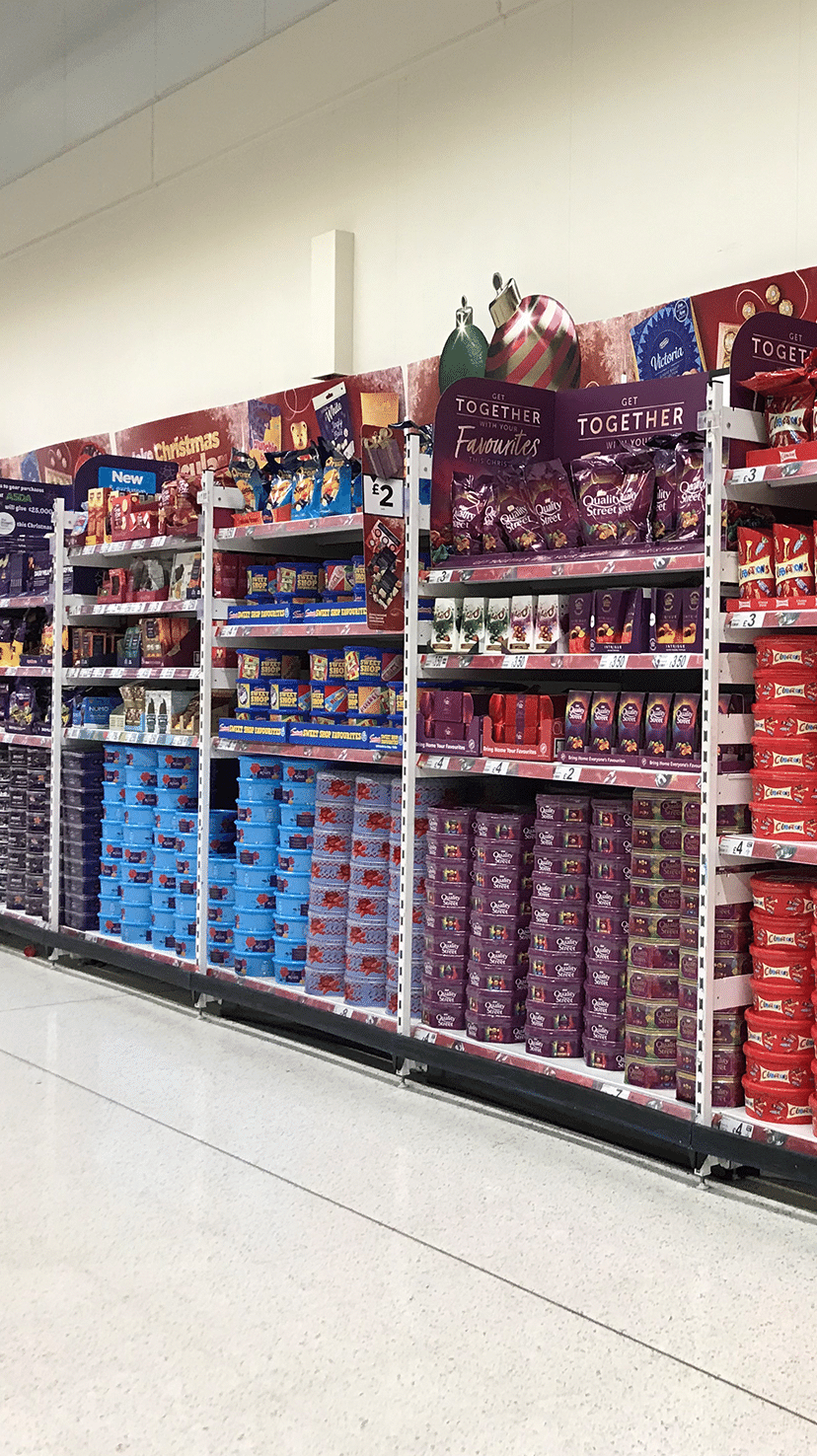 Big seasonal trading events are vital must-win battles for retailers. Events like Christmas, Halloween and back-to-school see significant volatility in terms of shopper switching as customers move between retailers in search of what they believe to be better range, value or quality.
This can create some real damage for retailers – losing out on lucrative baskets and potentially seeing some shoppers leave for ever as they like what they find elsewhere.
So, can you retain existing shoppers and win new customers at key times of the year? 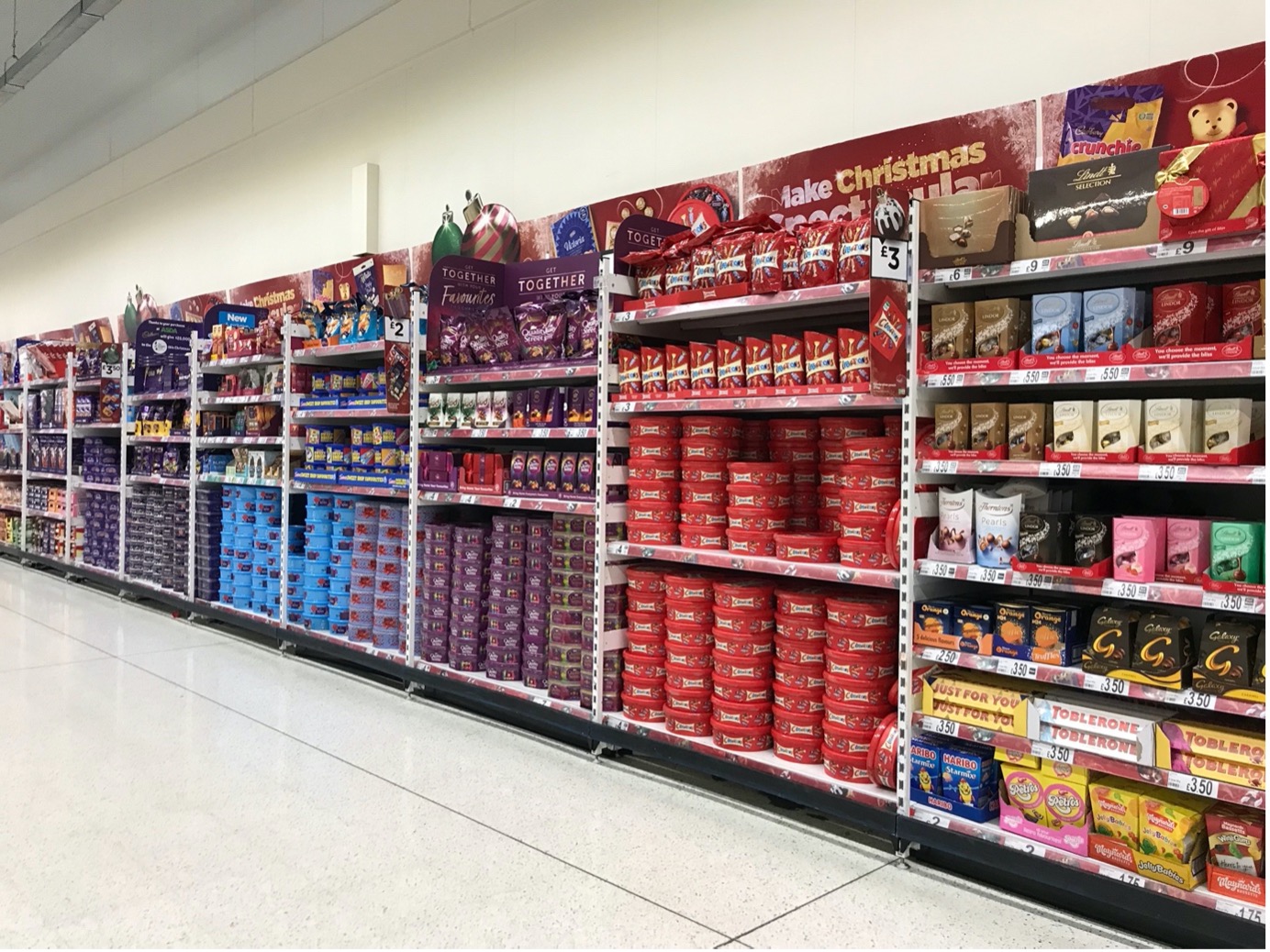 With over 30 years’ experience we have seen seasonal campaigns, linked to big sports events or more routine occasions like Christmas and back-to-school, are proven to galvanise retailers’ existing promotions and activations in order to help them win in these pivotal commercial tussles.

Seasonal opportunities proliferate
One notable characteristic that has emerged in the UK grocery sector over the last 10 to 15 years has been the huge proliferation of seasonal events that impact ranging, merchandising and performance throughout the calendar year.
This explosion of seasonal opportunities has been driven by a number of factors, including the increasing diversification of the UK population, enhanced commercial savviness by both retailers and suppliers to exploit these new seasonal events, as well as increased consumer demand for new and interesting celebrations and family moments.
A good example here would be Halloween, which used to be a much more sedate affair in the UK, perhaps involving limited trick or treating, plus traditional activities such as apple-bobbing. These days, Halloween is now worth hundreds of millions of pounds to the industry; a massive commercial event driven by retailers, suppliers and consumers which spans general merchandise, confectionery and party food, not to mention more esoteric categories like home baking, spirits and pet accessories.
The evolution of Halloween into a huge commercial event is likely to be followed by others, with events like Chinese New Year and Thanksgiving already supplementing the traditional seasonal calendar in British supermarkets. In years gone by, it would be the case that the main seasonal events in UK grocery would be Valentine's Day, Shrove Tuesday, Mother’s Day Easter, Father’s Day, back-to-school, Bonfire night, Christmas and New Year's Eve. 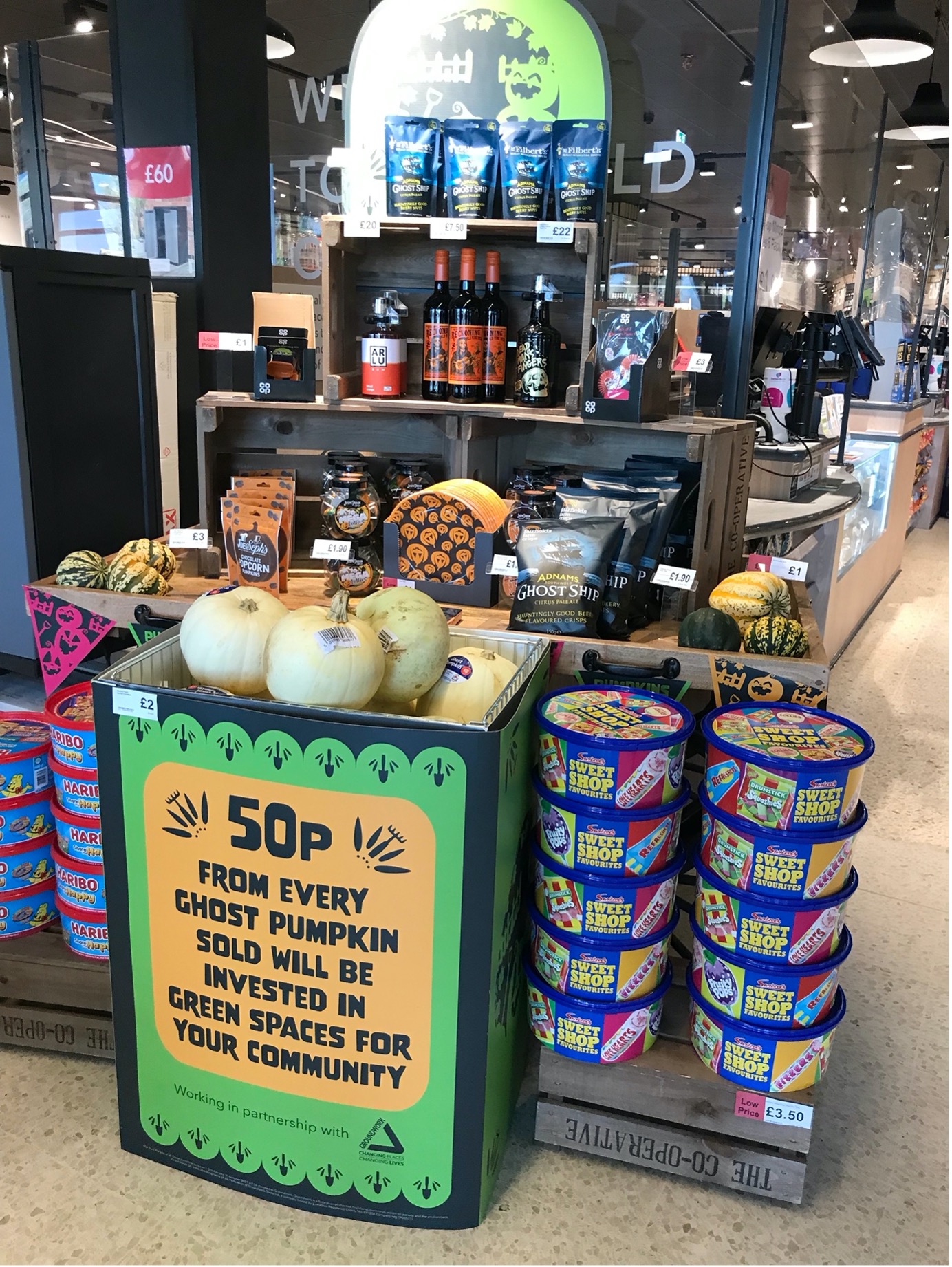 Over the last two decades, though, we have seen many more cultural and religious events join this calendar, with supermarkets and suppliers now acknowledging occasions and festivals such as Burns Night, St Patrick’s Day, Ramadan, Passover, the 4th of July, Diwali and ‘thank you teacher’.

Suppliers keen to drive event spending
Although retailers have been instrumental in driving the growth of some of these newer retail events, it should be acknowledged that suppliers have been equally proactive in developing these occasions. New pack sizes, new brands, new pack formats, new products, bespoke merchandising, promotions and advertising are all being used by brands to bolster emergent seasonal events.
An example here would be confectionery suppliers tweaking their supply schedules for chocolate tubs in order to capture sales during Ramadan as well as the peak Christmas trading period, or other brands seeking to capitalise on the gifting opportunity presented by Diwali.
There’s little sign of this seasonal evolution slowing down. In September 2021, for instance, Old El Paso attempted to initiate the Mexican Day of the Dead as a new event, launching specially marked packs alongside point of sale and a dedicated website including playlists, downloadable decorations and party activity recommendations.

Impending HFSS regulations will increase reliance on seasonal
One suspects that some enthusiastic forays into seasonal trading opportunities has been driven with half an eye on the forthcoming regulations on the merchandising and promotion of high in fat, sugar and salt (HFSS) food and drink. With limits on where these products can be displayed in the future, such as a ban on them appearing at store entrances, checkouts and gondola ends, it is hardly surprising that confectionery and snack suppliers, for example, are seeking to participate in a higher number of seasonal events where they can appear in the seasonal aisles within supermarkets. 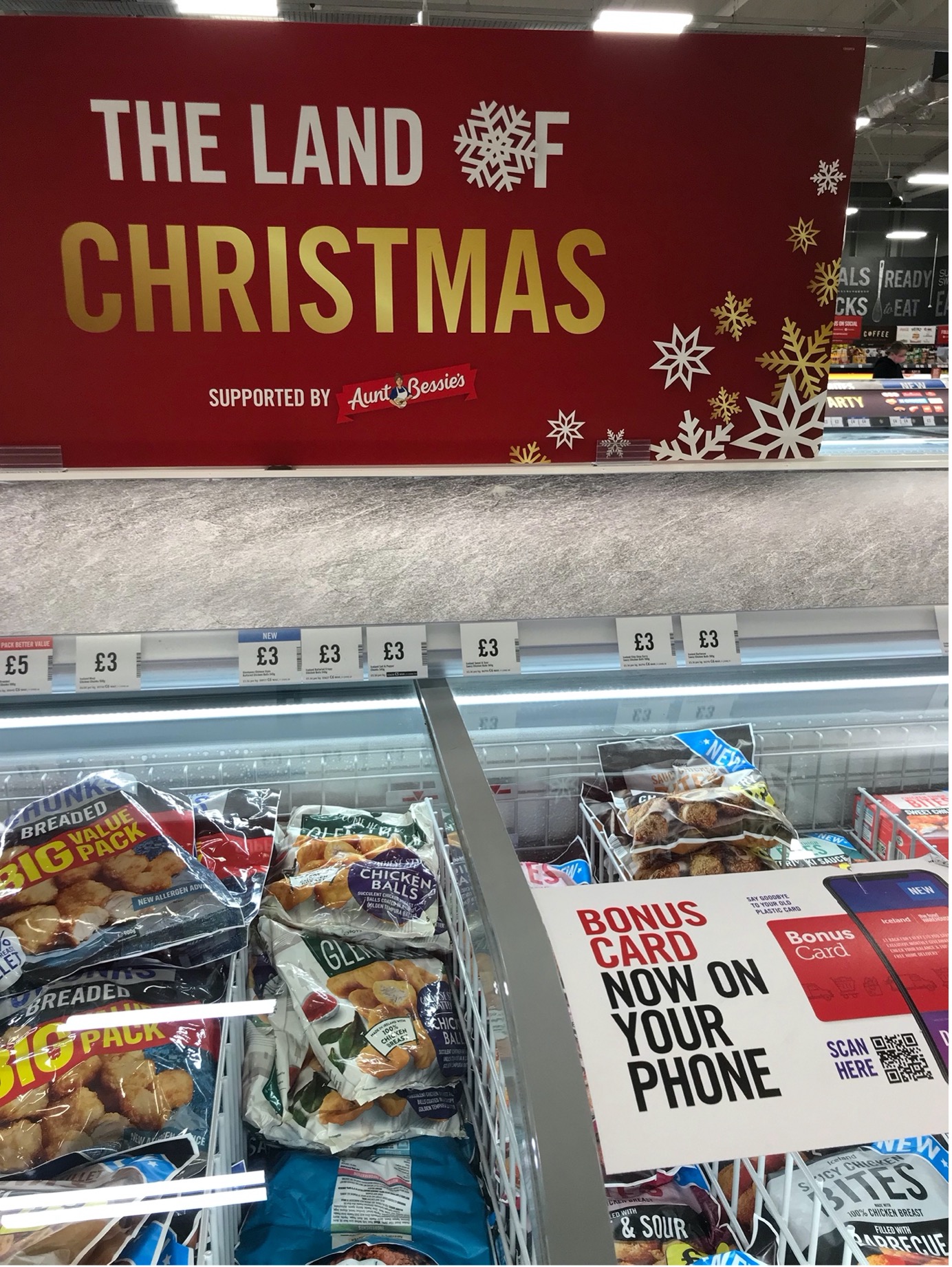 Where do the opportunities lie?

Good causes = good business
Another area where retailers and suppliers have collaborated to exploit consumer interest and demand during specific timeframes has been around charitable endeavours. Examples here would be suppliers changing their packaging in order to support Asda's Tickled Pink breast cancer charitable work; health & beauty suppliers looking to participate in the Movember charity campaign; and brands supporting Sainsbury's participation in the Comic Relief and Sport Relief charity campaigns. These initiatives are a great example of collaboration for the greater good, with many UK shoppers - keen participants in, and viewers of, events like Comic Relief – able to support these charities while completing a regular shopping trip.

A sporting chance
Big sporting matches and tournaments have always been a chance for retailers and brands to work together to drive demand around popular national or international sporting contests. Going back 20 or 30 years, this was often rudimentary stuff, with slaps of beer on deal around the FA Cup final, for example. Since then, things have got a lot more sophisticated, with retailers being much more mindful of different product categories that might be consumed around sporting events, often attempting to spread them into bigger consumption occasions such as barbecues and parties for example. 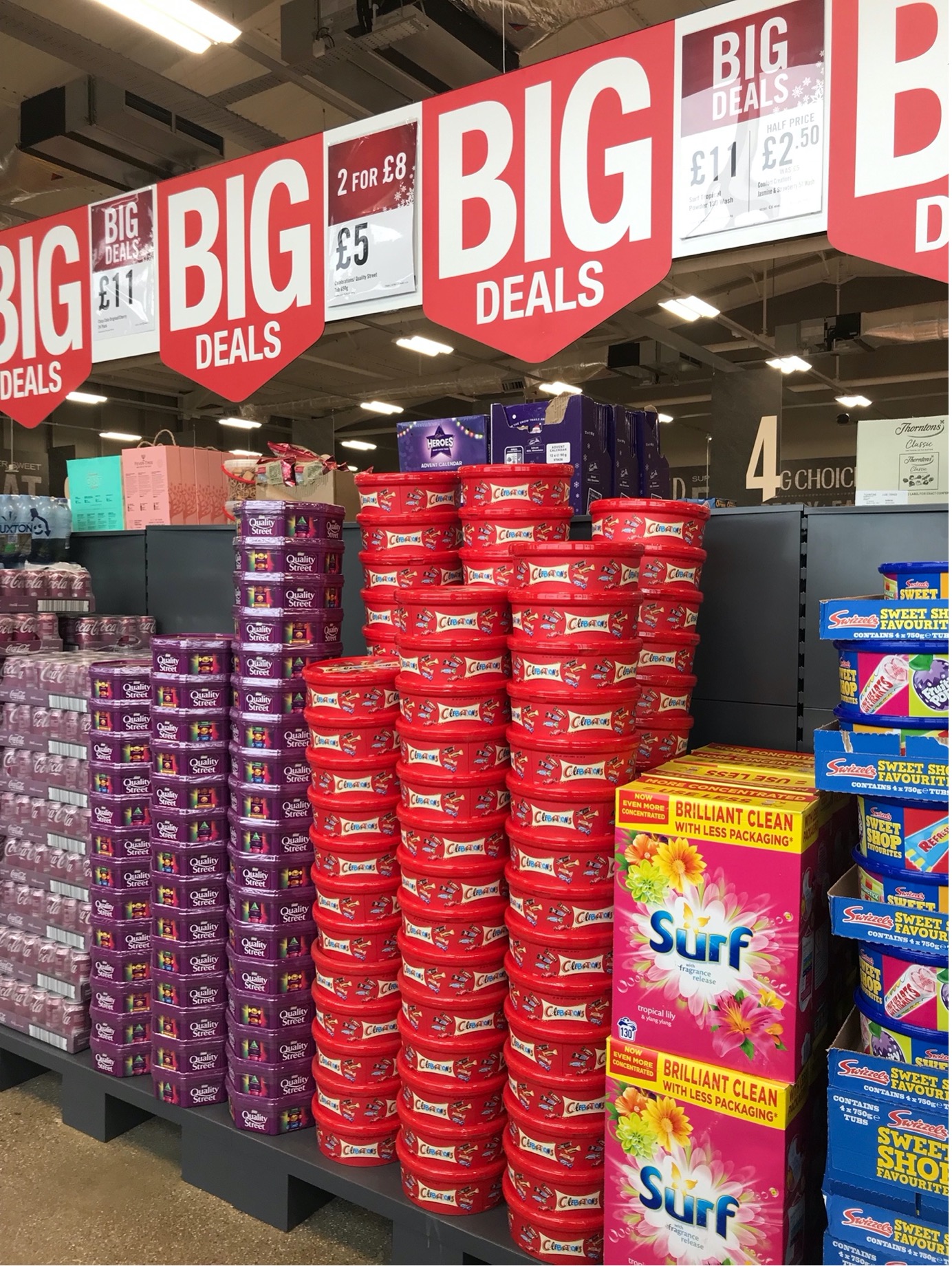 2022 is going to be a massive year with a packed sporting calendar that should really help to drive sales for British retailers and suppliers. Suppliers have become a lot more sophisticated, bringing out special packs and using mechanics like competitions to link themselves officially or unofficially to big sporting events like the World Cup or the Olympics.
In recent years we have seen promotional activity and product development explicitly linked to events such as the Olympics, Six Nations rugby, Super Bowl,  Champions League, Wimbledon, the Tour de France and the Commonwealth Games. And 2022 will also be a big year for soccer with both the Women's Euro Championships and the FIFA World Cup happening during the calendar year.

Competitive pressures
As well as the general cutthroat competitive conditions which have engulfed the UK grocery sector for many years, these seasonal battlegrounds are becoming even more vital in determining the relative performance of the UK's major grocers. It would be fair to suggest that particular retailers have become very strong at seasonal activations with Asda in particular doing a fantastic job on events like Halloween.
Nonetheless, all the major grocers have become a lot more adventurous in terms of trying to capitalise on these trading peaks. Even the discounters are doing an increasingly impressive job of playing catch-up when it comes to seasonal activations. Christmas is a great example here, where the historic narrative has been that people will trade out of lower price retailers, preferring stores such as Sainsbury's, Waitrose or M&S in order to treat their families to what they perceive as premium food and drink. Retailers like Aldi and Lidl have therefore underperformed at Christmas, but they are now doing a much better job of trying to keep up with their bigger rivals by accelerating the development of premium private labels to try and convince shoppers not to trade out, but trade up within their stores.
Other retailers like Home Bargains, B&M and Wilko are doing an equally good job at trying to capture seasonal spend. B&M is a great example of a general merchandise retailer who does a fantastic job of creating real destination status for events like Halloween and Christmas. Seasonal competition is very far from abating.

Driving trade through loyalty solutions
The importance of capturing a shopping trip linked to a seasonal event cannot be underestimated. Christmas, for instance, has long been seen as something of a ‘cup final’ for the big supermarkets, with a trolley full of Christmas dinner, gifts and associated products like snacks, soft drinks, confectionery and BWS creating basket sizes into the hundreds of pounds. Similar logic can apply to a summer BBQ, a Halloween party or a World Cup Final: big basket trips that can drive incremental sales and profitability. 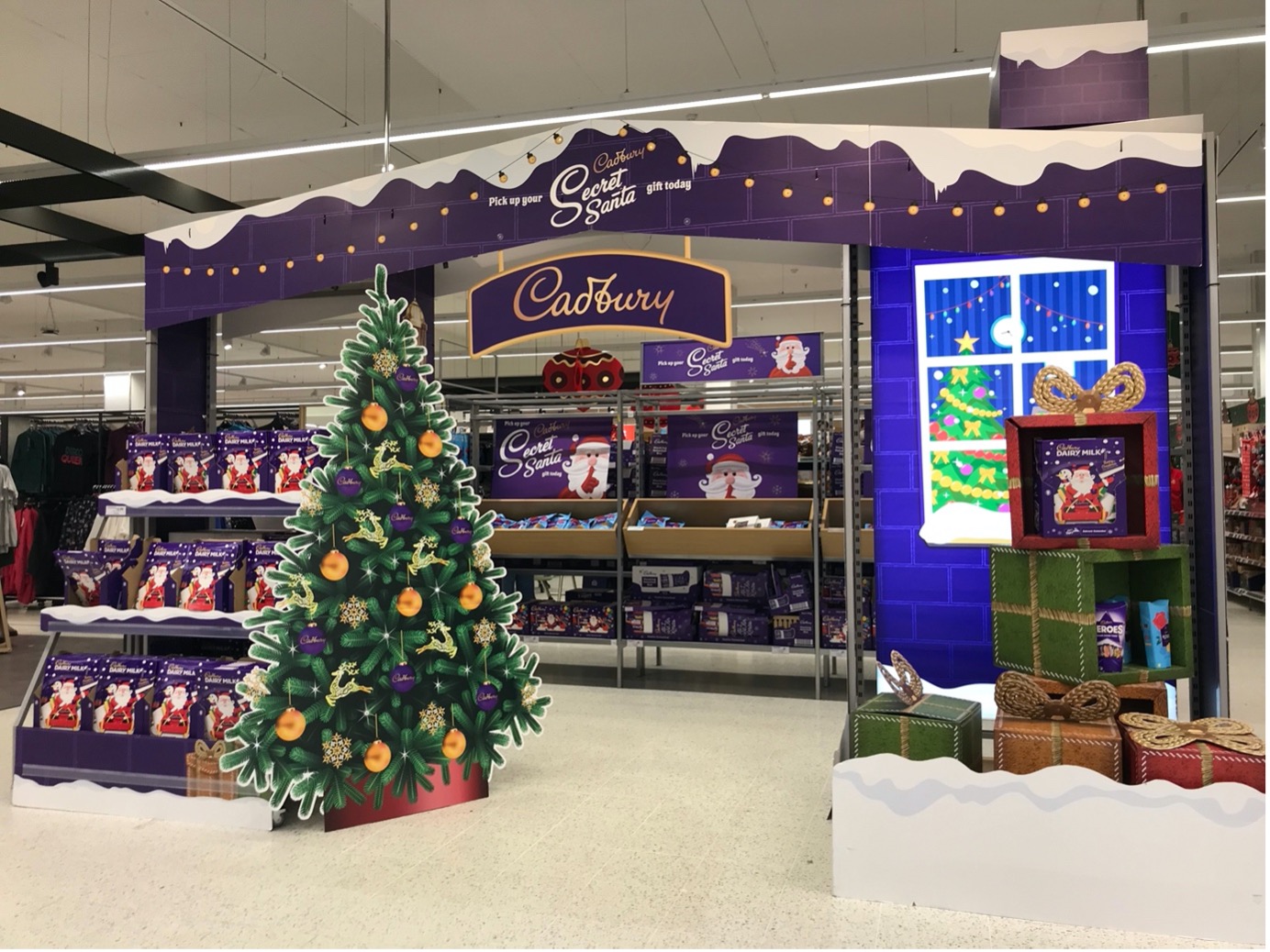 This makes shopper loyalty all the more important: loyalty campaigns and mechanics can reduce the likelihood of existing shoppers jumping ship during vital seasonal events, either trading up to more premium retailers or trading down in the quest for better value for money. We’ve seen over the last 30 years that loyalty campaigns can successfully win over shoppers from other retailers in addition to preventing defections.
A well timed and executed loyalty campaign for glassware or tableware, for example, can lock in shopper loyalty in the run-up to Christmas, while a loyalty mechanism featuring collectibles or brands targeted at kids can attract or retain custom during the back-to-school period.

Football fever in 2022
Sports events will represent a big opportunity in 2022, most notably around football in the shape of the Women’s Euros and the Men’s World Cup Finals (interestingly scheduled to coincide with the run-up to Christmas due to the climate in the venue, Qatar).
We at tcc are really excited about this massive forthcoming year in sports and look forward to working with you to capitalise on the buzz around both events.
To this end, we have an exciting new partnership with Panini to provide a range of collectable rewards that your shoppers will love. They can also collect much needed equipment for their local school or sports club in the process, for free, simply by shopping with you.
The research that we’ve conducted underlines the potential of running such a campaign – around the Women’s Euros, the World Cup, or both! 74% of shoppers that we interviewed have signalled their intent to participate in such a promotion, with a similar proportion indicating their willingness to take part if local sports clubs or sports clubs also stood to benefit.
We’ve seen amazing results in other European markets when running these types of campaigns – get in touch to see how we can work together to hit similar heights in the UK.