As British grocers head into 2022 they are facing a year that will be fraught with challenges.

Not only are the discounters continuing to roll out a significant amount of new space, but all participants in the sector are also having to confront one of the biggest inflationary surges in living memory.

This means that vigilance on pricing will be more important than ever, as suppliers are looking to pass on cost price increases to retailers who then have to make a call about how much they pass on to shoppers. It is noteworthy, therefore, that both Tesco and Sainsbury have opted to price-match against Aldi for a reasonable number of items.

However, we must always remember that value is about so much more than price, and it is against this backdrop that Sainsbury's has been working very hard on a number of different fronts, including store concepts and loyalty. In terms of loyalty, it has been pushing hard on its digitally enabled Nectar solution. Something of a coalition effort, Sainsbury-led Nectar encompasses a variety of retailers including Sainsbury's, Argos and Esso, as well as a large number of other partners in areas such as hospitality, e-commerce and leisure. The significant improvements in Nectar have also enabled Sainsbury's, via its Nectar 360 division, to start generating dunnhumby-style insights and marketing opportunities for supplier partners.

It has supercharged its loyalty offering through the launch and ongoing expansion of Nectar Prices. One level of this programme is the ability to offer shoppers extra points on the items that they buy most. The next level, for those shoppers who use self-scanning, is the ability to generate significant price cuts on other items in their regular shopping repertoire.

With Tesco doing really well with Clubcard prices and many other retailers, including historic laggards such as Asda and Lidl, all pressing ahead with the development of their own loyalty initiatives, the Sainsbury's move has been a timely one: it now has nearly nine million digital customers and is delivering around 95 million My Nectar Prices personalised discounts every week.

On the store concept side of things, Sainsbury's has also been industrious. Its recent endeavours have included the launch of its first ‘just walk out’ store in Holburn in partnership with Amazon as well as the ongoing growth of its ‘neighbourhood hub’ convenient concept. There have been some interesting moves as Sainsbury's looks to revitalise its larger store estate too. 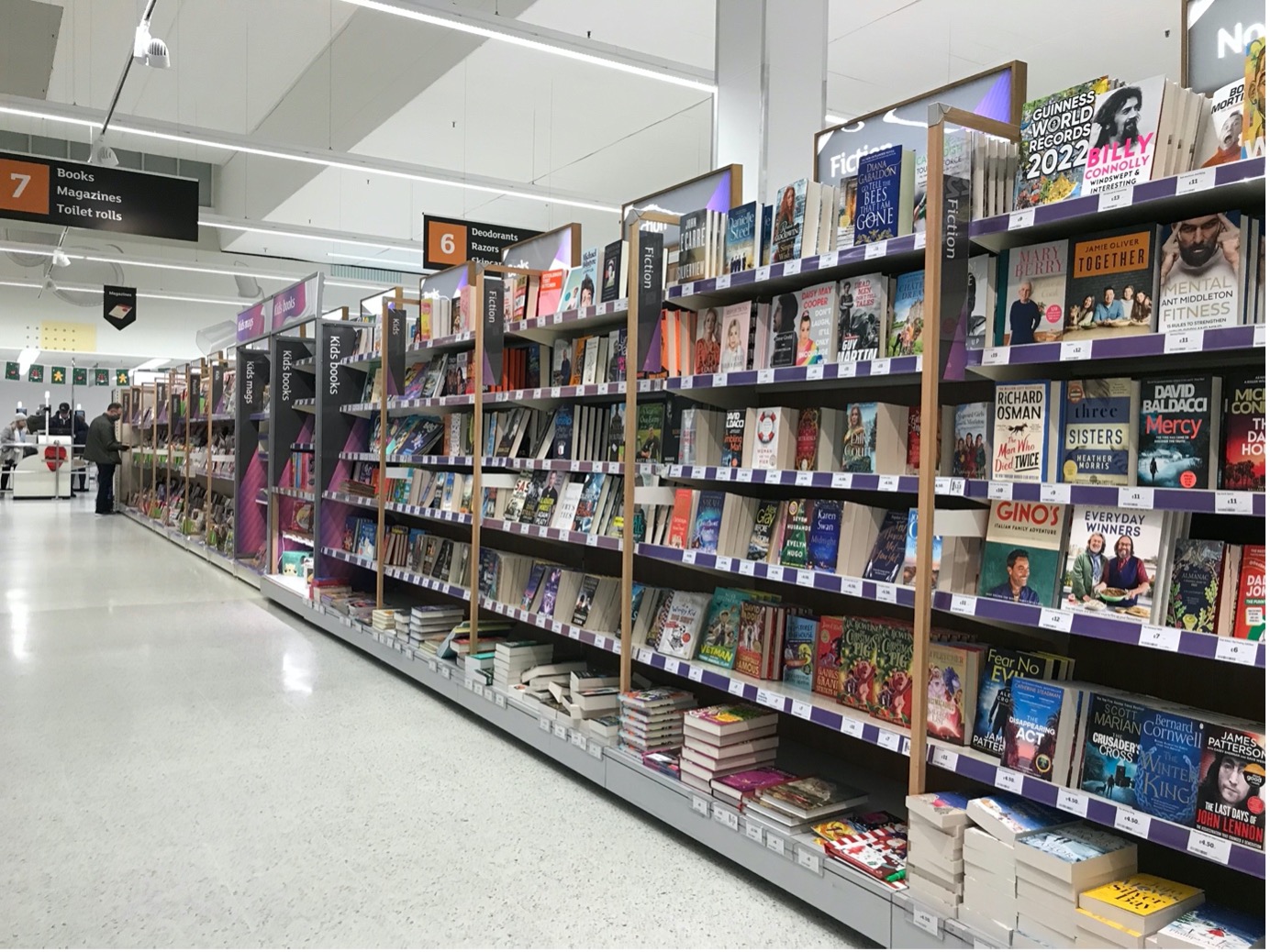 In many ways, the die was cast with the launch of its new concept in Selly Oak near Birmingham in 2018. A new restaurant concept followed in this store in 2021, but the store was already pretty impressive thanks to a refreshed approach to general merchandise retailing, largely via Argos and Habitat, the use of many more concessions and partnerships with third party retailers and also a fresher approach to grocery merchandising and store design.

Another iteration of this newer approach to grocery is present in the Sainsbury's store in Hempstall Valley in Kent. Reopened in early 2021, the Sainsbury’s sits in a shopping centre and is a hefty site (62,000 sq. ft) that was a Savacentre (the Sainsbury’s hypermarket concept) a great many years ago.

Billed as a next generation ‘customer-first’ concept when it opened, the store has plenty of features that were included in the Selly Oak outlet as well as manifold new bits and pieces that combine to create a strong experience across all categories. The Tu fashion department is done well, with plenty of nice touches in terms of range, kit and merchandising, while the toy section, thanks to sibling Argos’ Chad Valley range as well as assistance from Lego, Mattel etc. is excellent. 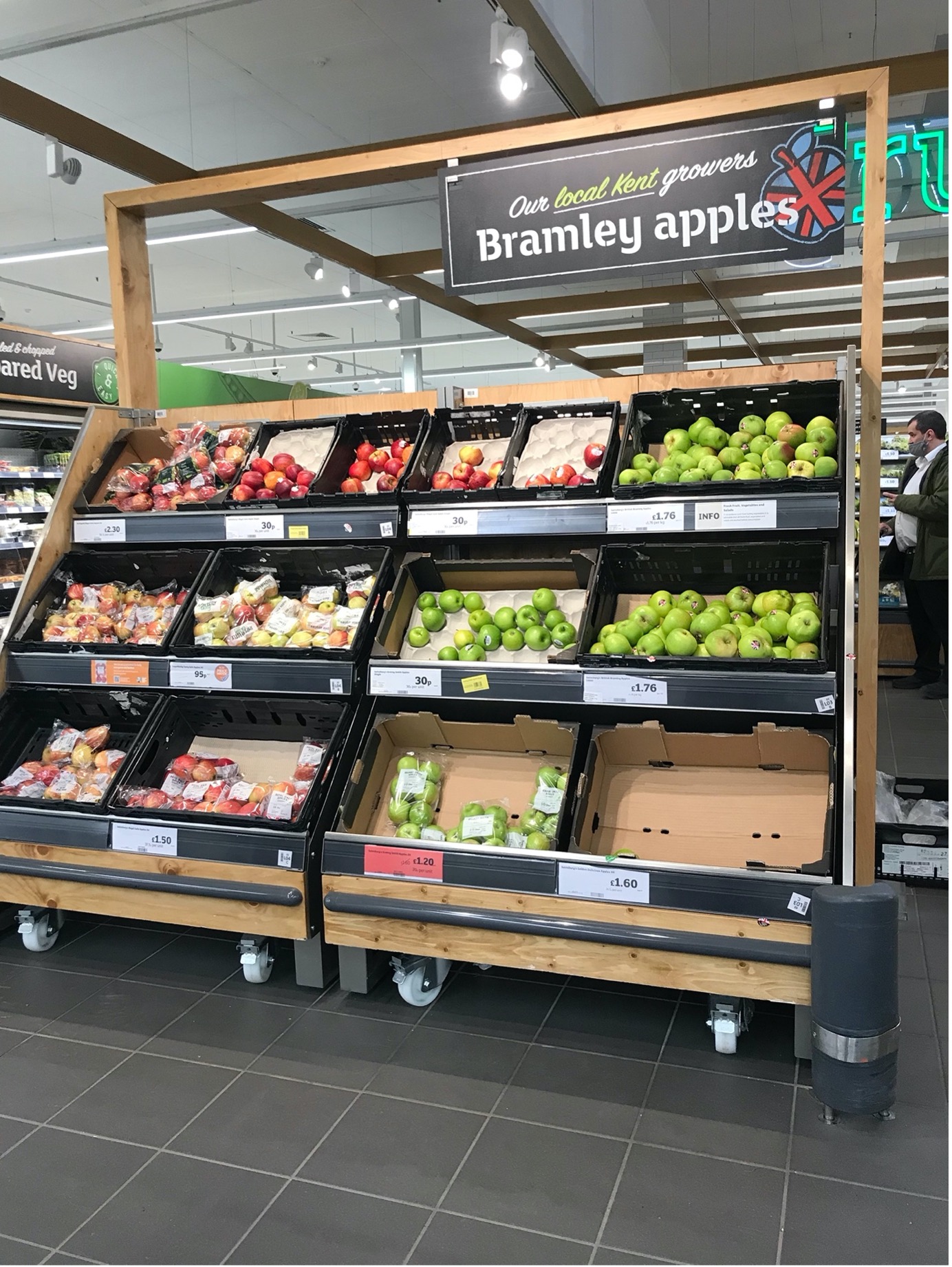 The produce section is an impressive bit of work, part of the broader new ‘Fresh Food Market’ proposition. There are some very nice rustic touches including a timber dropped ceiling, wooden displays with colourful produce motifs, blackboard-style header boards and neon signage. There is some pleasing POS relating to local sourcing and an elegant herb display that includes some usage recommendations. 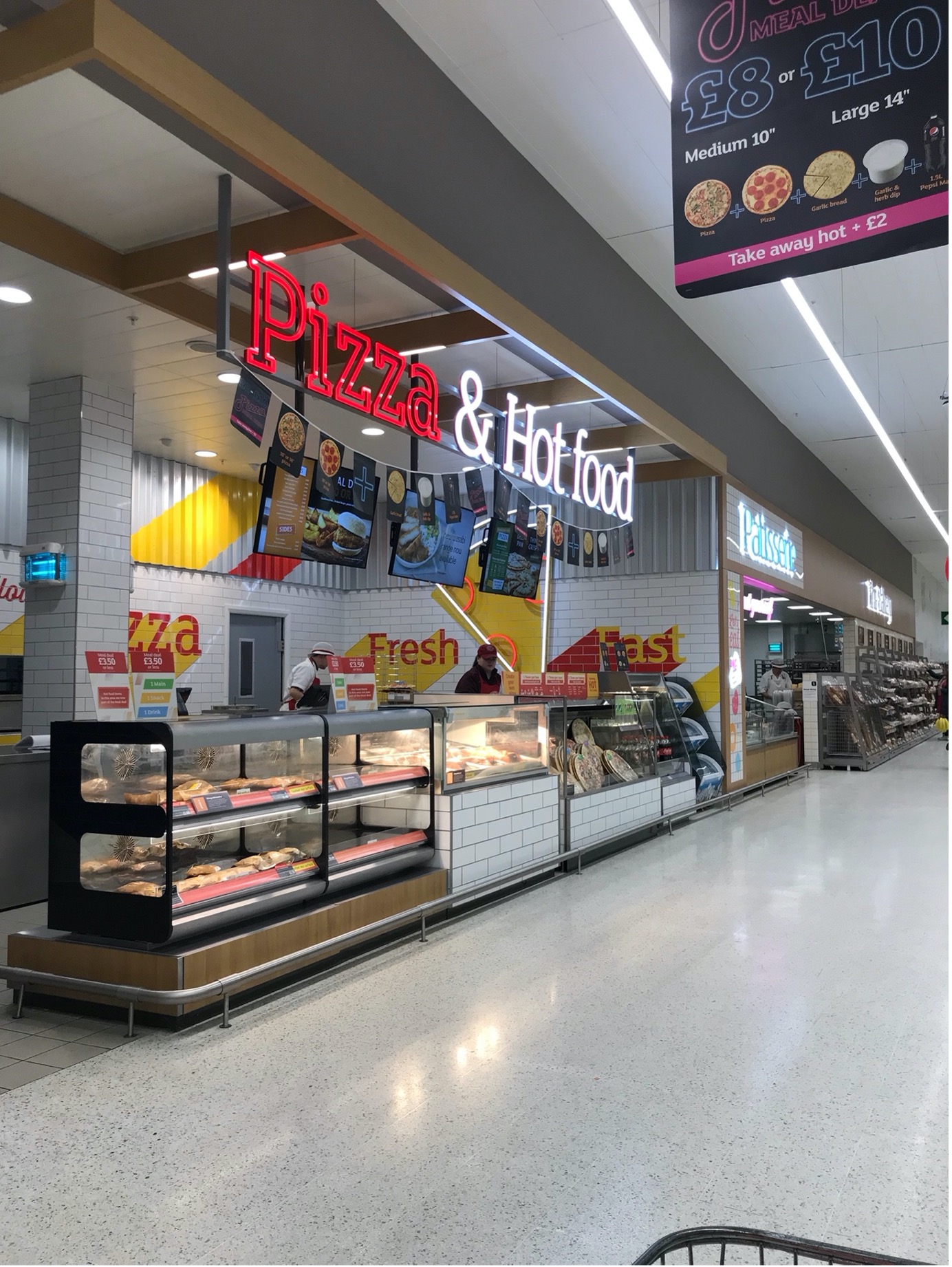 The ‘On the go’ food-to-go section, featuring snacking, coffee machine, fresh juicer and sushi bar was very good indeed, sited along the back wall alongside the store’s service counters, consisting these days of pizza/hot food and patisserie. Other highlights in the store include the ‘Taste of the Future’ new brands end-cap, an excellent health & beauty area, a surprisingly compelling book department, a strong wellness section and an attractive beers, wines & spirits department.

Overall, this is an impressive bit of work. The store has a nice flow to it and is full of deft touches in terms of design, lighting and merchandising. If this is what the future looks like for bigger JS shops then we can be more than a little encouraged. Combined with other efforts in food innovation, loyalty, pricing and marketing, Sainsbury’s is looking relatively well equipped for what could be a challenging year ahead for the supermarket sector. 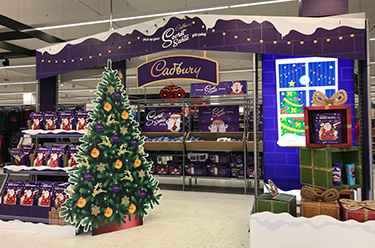